Walter Trowbridge (second from left with face covered by his drink), his wife and his children (center) during a picnic with the Peterson family. 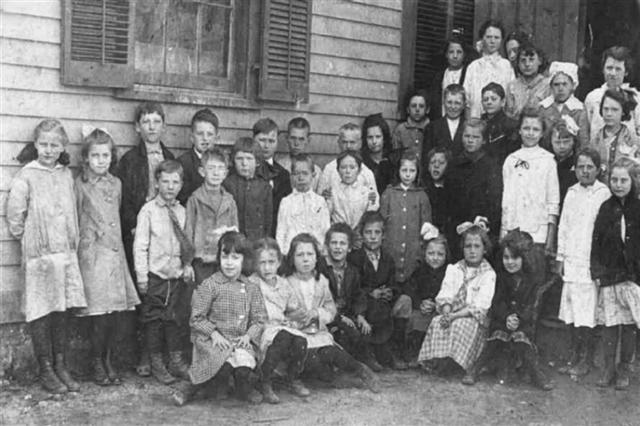 The class of the Millbrook schoolhouse around 1915. Walter's sister Minnie is on the upper right hand corner of the photo wearing a
bonnet, brother Eddie is in the center of the photograph with his face partially covered by another student in front of him, older
brother Robert is to his left under the window shudder, and Walter is standing in front of Robert.