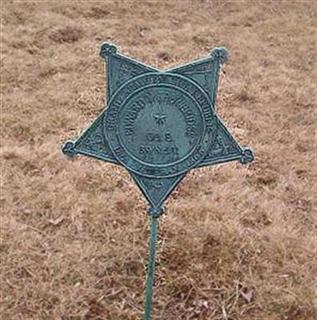 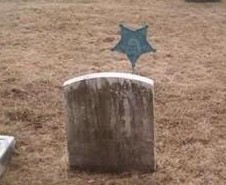 The headstone and Union Army marker for Edward Youngs Trowbridge in the Millbrook Cemetery in Randolph, NJ.

Edward Youngs Trowbridge served as a sergeant with the 39th New Jersey Volunteers during the American Civil War between Sept. 23, 1863 to Sept. 23, 1864. According to a property map dating from 1868, Edward Youngs Trowbridge's home was located at 300 Millbrook Avenue in Randolph at the corner of Fords Road, right next to the house that Robert and Clara Trowbridge, my grandparents, moved into in the 1930's, and a plot of land located along a ridge across Millbrook Avenue known to my mother as "the Meadow".

LETTER FROM WILLIAM MOTT TO HIS GRANDSON ALEXANDER MOTT

(From "A History of Randolph Township" by Richard H. Irwin.)

William Mott, whose family first settled the Mott's Hollow region of Millbrook and sold Edward Youngs Trowbridge the land where he built his house, wrote a letter to his son during the 1860s:

"Moses Lyon got the small pox and is ded. Isaac Lyons wife and daughter and a boy that lives with him and Roswell Casterline has all got the small pox-sum dies some marries. Edwin Trobrig and Phebe Bryant is married. Weare as well as common."
William Mott