Photographs of Cape May 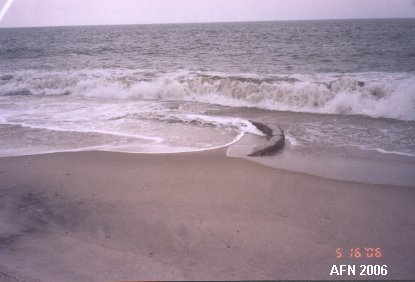 Directly behind were TNT igloo-style magazines and two 30-inch
searchlight towers.
This photograph from the 1950's shows the remaining gun blocks.
Note the hut on Battery 223 - used for the Navy's radar equipment. 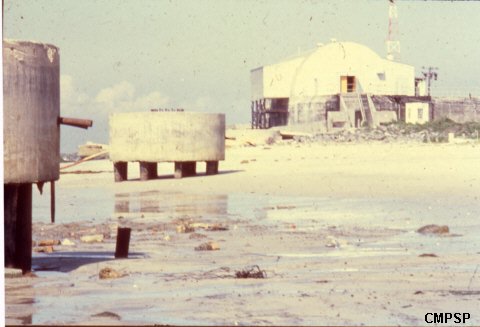 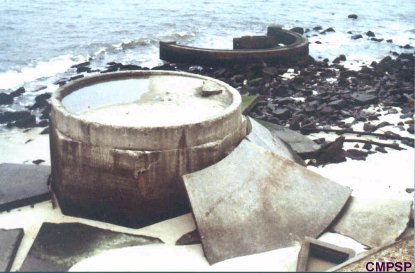 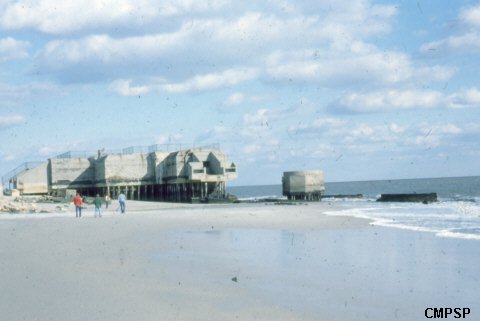