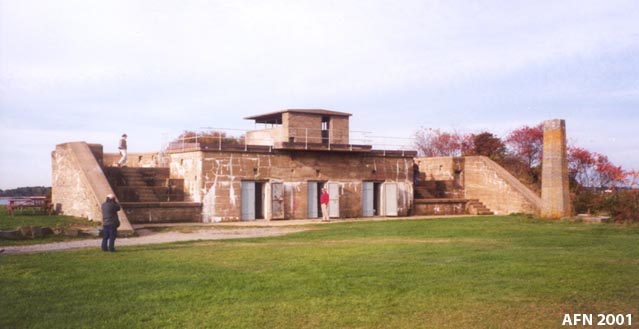 Battery Chapin (1904-1946)
This battery was armed with two 3-inch RF pedestal-mount guns to protect the harbor mine field.
The earthen berm was removed in the 1950's. 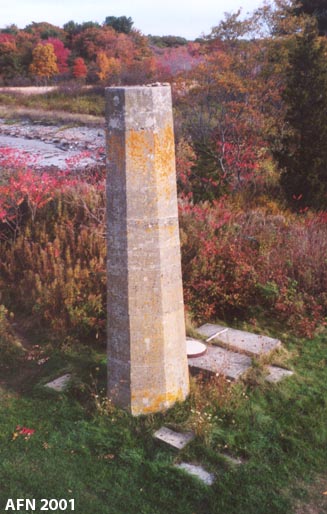 The concrete instrument pedestal for the M" Mine Station (1909).
It was used to triangulate sightings of ships in the mine field.
Note the foundation footings at the base of the pedestal. 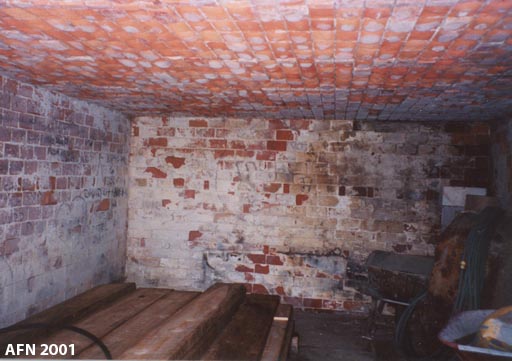 The interior of the right magazine of Battery Chapin. 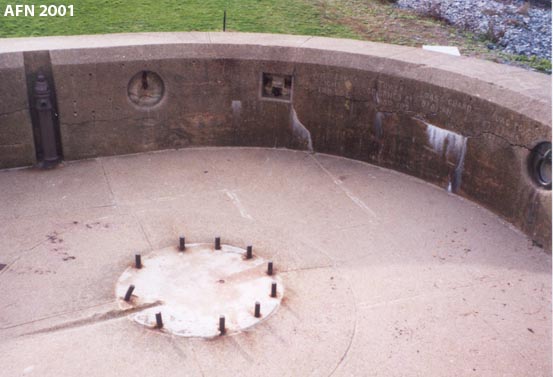 Gun position #2.
Note the water hydrant recessed into the wall.
This was unique to Portsmouth 3-inch batteries. 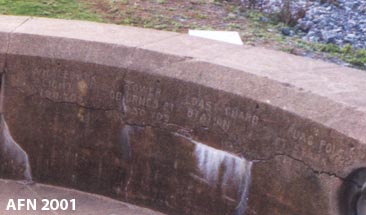 Detail of the above photo.
Note the distance markers inscribed on the wall. 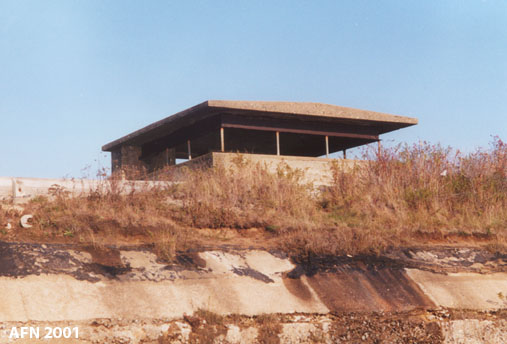 A close-up of the CRF Station. 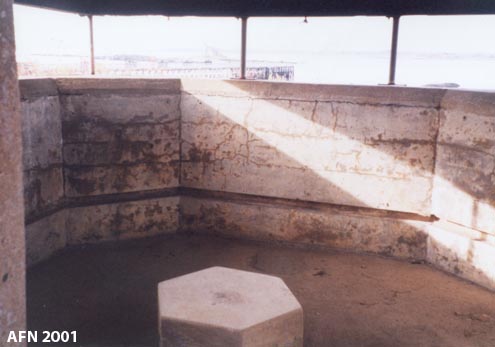 Inside the CRF Station looking out into the harbor.
The pedestal for the sighting scope is on the floor. 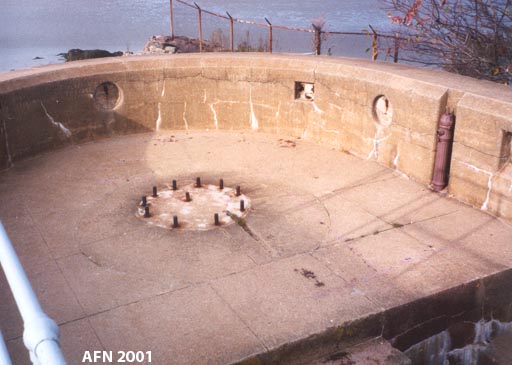 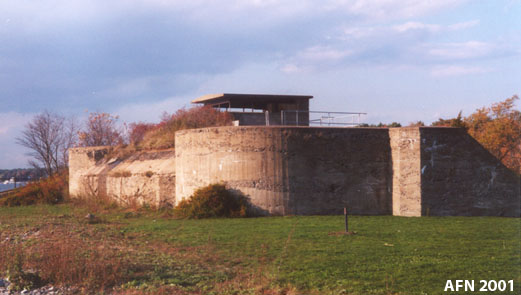 The view from the shoreline. 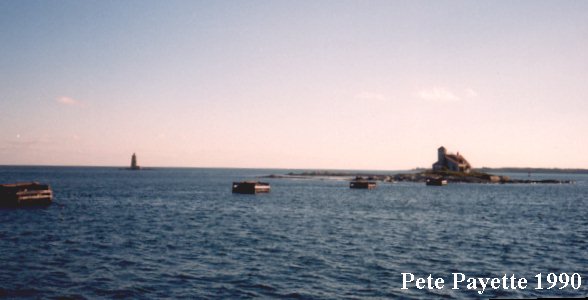 Whaleback Light in left background,
The abandoned USCG Portsmouth Harbor Life-Saving Station in right background.
What appears to be the remains of an old wharf are in fact
the remains of the WWII era cribworks for the anti-motor torpedo boat defenses.
View is from the park's pier.

Fort Foster as seen from Fort Constitution across the harbor.