(Smith Island and Mockhorn Island Towers are featured on page 2)

Images of our visit inside the Va Beach Oceanfront Fire Control Tower (68th Street). In 2002, Fielding Tyler and myself were granted special access to this tower before its dismantling in 2003. Although the CDSG visited this site during the 2000 conference, access was not granted at that time. We climbed through the hatch onto the roof to aquire the scenic views seen here. The tower was inhabited by a large family of pigeons which were able to finally fly away after I opened the windows and hatch. Needless to say, one needs to wear boots and gloves when climbing around inside. Our views from up top included the Cavalier Hotel to the south, Cape Henry Lighthouse and the Navy facility by Battery Cramer to the north, and to the east, a few Navy ships departing. To the rear, Fielding was able to spot his house.

The following pictures were taken during the tower's dismantling June 30 - July 2, 2003. The 4 azimuth instrument stands were saved for future use at other facilities, including Fort Mott, NJ. 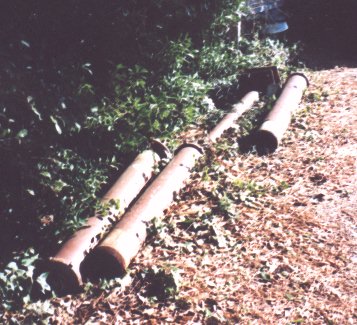