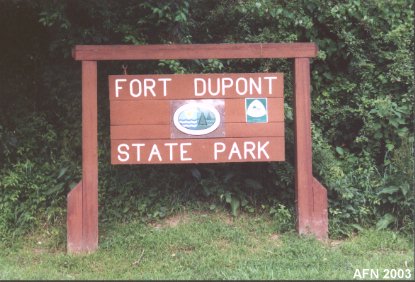 Originally this was Fort Reynolds, located at the original entrance to the Chesapeake & Delaware Canal. Earthwork batteries were built in 1864, and an unfinished mortar battery from 1872 still remains. Fort DuPont was built beginning in 1897, but it was not named until 1899. It was named in honor of Rear Admiral Samuel F. DuPont. Fort DuPont was the harbor defense command post until 1942 when it moved to Fort Miles at the bay entrance. Coastal batteries here are the combined Battery Rodney (1900 - 1941) and Battery Best (1900 - 1941), the combined Battery Read (1899 - 1918) and Battery Gibson (1899 - 1917), Battery Ritchie (1900 - 1917), and Battery Elder (1904 - 1942) destroyed. One old mine-control tower is still here in front of the National Guard Armory. German POWs were held here during World War II. Some of the officers quarters were originally located at Fort Mott, NJ. The Army moved them here by barge. 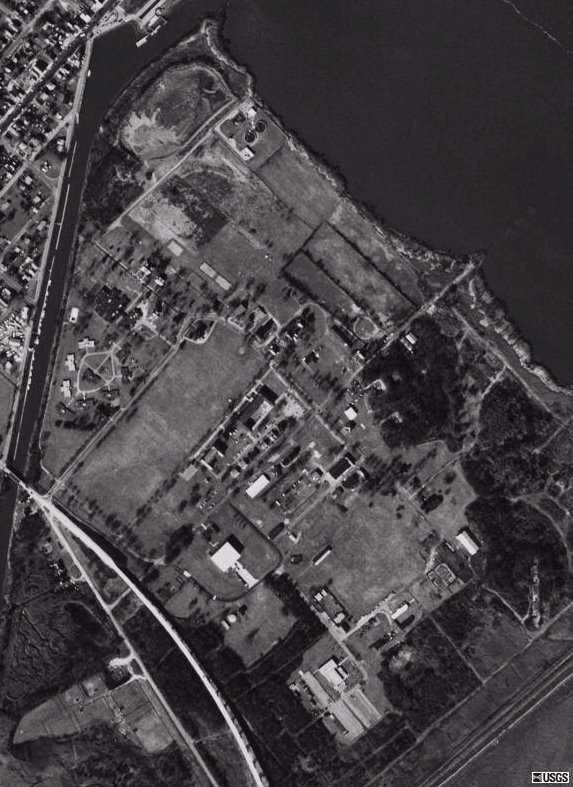 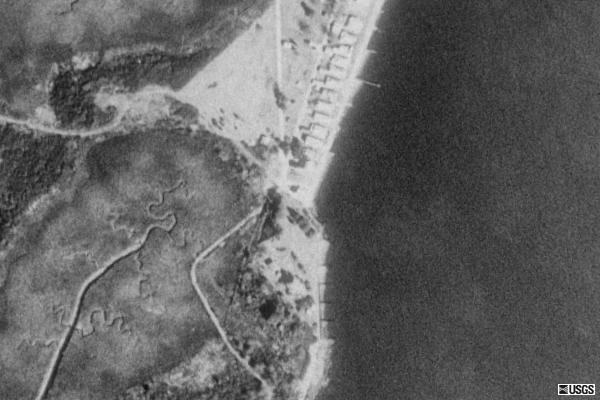