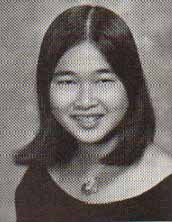 Leng was the 1970-71 AFS exchange student from Singapore, and resided that year with Elaine Roberts (Boone '72 peregrinator@yahoo.com) and her family. After high school she and her husband lived in New Jersey and England before settling in Malaysia.

Her husband, a member of the Rotary Club of Shah Alam (RCSA), Selangor, Malaysia, in 1966 suggested the establishment of a foundation to raise funds for fighting Alzheimer's Disease, which has afflicted his mother. In August of 1997, the Alzheimer's Disease Foundation of Malaysia was registered with the government, obtaining tax-exempt status two years later. In February of 2000, the foundation set up its Secretariat with a paid administrator and the position of Executive Secretary of the ADFM Executive Committee, filled by volunteer Chew Kheng Leng. For more information on the foundation and Leng's involvement, click on the above link.