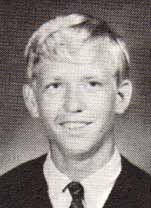 Except for a couple years in the navy, I have been in Orlando. I graduated from UCF (started at FTU) with a degree in engineering and have been working for General Electric in the medical systems division since 1981. I can be found mostly around the local area hospitals maintaining the Cat scanners and Magnetic Resonance systems. My wife of 27 years is also a graduate of Boone, Class of 1973.