This year the SCB was held the first Saturday in October, the 5th, at the Red Shed near Kingston, MI. Nearby, in Caro Michigan, Pumpkin Fest was going on all weekend. 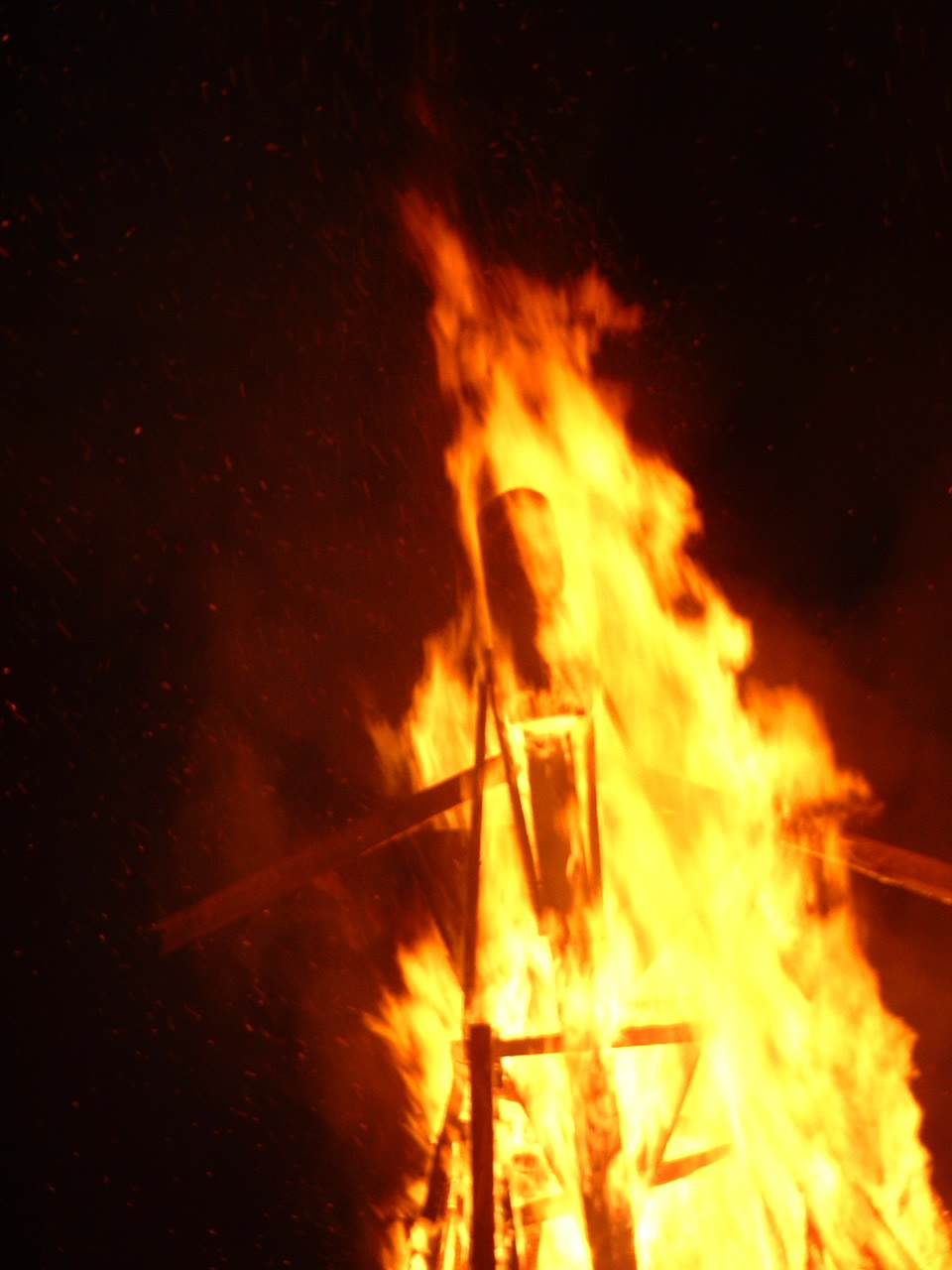 The Hippie Congregation
The Happyhouse Church, a ULC Ministry, had it's annual ScareCrowBurning again this October. It was invigorating to find there were more honest to goodness hardcore freedom fighters then ignorant spectators!

People were in attendance from Port Hope To Detroit, from Port Huron to Frankenmouth.

The best Scarecrow, by far, was presented by Liquid Chicken, most verbose(and honest) to The Law Breakers, most dedicated to Deleted Scene, and best outright jam to 10" Skillet.

Kudo's to Jay Statzer for staying focused on the goal.

Recently, while discussing the concept of burning a man in celebration, I was told the story of Guy Forks. He did a bunch of Daumer type things in England, and the people burned him. They were so glad he was gone, they repeated this yearly, burning an effigy as a lesson. What lesson did you leave with, after joining our little fire? What negitivity did you lay to rest, cleansed by the flames?

That is ScareCrow Burning. Bring your own effigy if you wish, but it is not required.

No injuries, at least one feigned theft, and much fun. Thanks to Jake for doing the gate, and Michigan Cannabis Action Network for rounding us out.

Rev. Happy Dedicates the ScareCrow(left). It was unbeleivable the time and graphitti left for the fire this year. My personal favorite was the right arm, labeled "The Right Wing", and the left arm, labeled, "The other Right Wing" 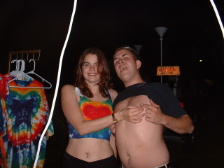 Thanks Ken for providing the Rightous Pad(left)

Hot Chicks and great bands livened up the party(right) Jen is my nominee for the MJ Cheerleaders, shown pinching Chris from the LawBreakers.

The Machine Shop, in Flint, kicked ass getting us people. And I'm not really suprised, because generally, The Machine shop Kicks Ass.