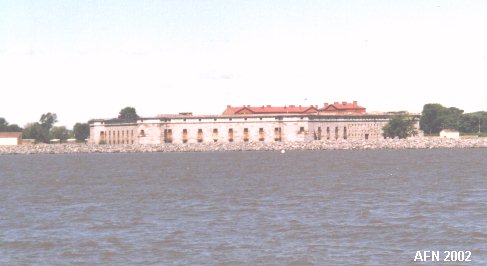 An earthwork fort was erected in 1813 and dismantled in 1821. A masonry fort was built next but it was destroyed by fire in 1832. Construction on the third fort was started in 1835 using rubble from the previous fort. But it was halted in 1838 because New Jersey claimed the island. The work was resumed in 1848. A water moat was built around the current fort in 1859. Although armed with 131 guns, the fort was used as a POW prison during the Civil War. The entire island was filled with barracks for the Confederate prisoners. Batteries here are Battery Torbert (1901 - 1942), Battery Dodd (1899 - 19188), Battery Hentig (1901 - 1942), Battery Alburtis (1901 - 1920), and Battery Allen (1901 - 1920). A mine casemate is located on the north end along the nature trail. The observation tower along the roadway on the dike was built during World War I. Over time, the island has tripled in size.
A ferry (fee) carries passengers between Delaware City, Fort Delaware, and Fort Mott in New Jersey. Bad weather may preclude or delay ferry service. 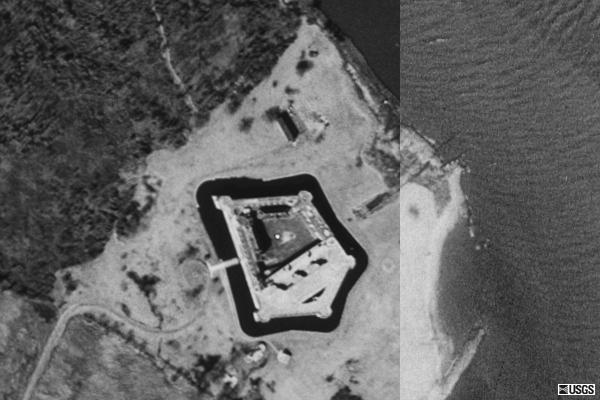 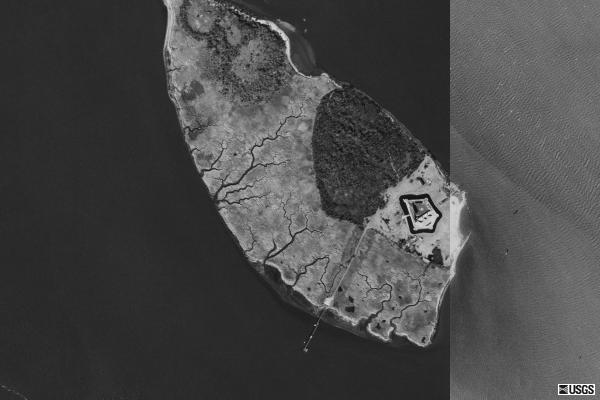 This website is owned by American Forts Network (AFN) and is not affiliated with govenment agencies in any way.